Create a workspace on the Internet and subscribe to RSS feeds. Import and export RSS feeds. Share monitoring results with other internet users

Is there life after Google Reader?

Google announced on March 13th, 2013 that it would close its feed aggregator, Google reader, on July 1st of the same year. Since then, many Internet users have announced alternatives to this service on the social networks, including, notably, the proposals of Serge Courrier.

The new feed readers that allow you to retrieve feeds from Google Reader, such as Pulse or Feedly, provide easier configuration of alerts: just perform a web search on with the search engine of the service and find the link to the source, then select this source. 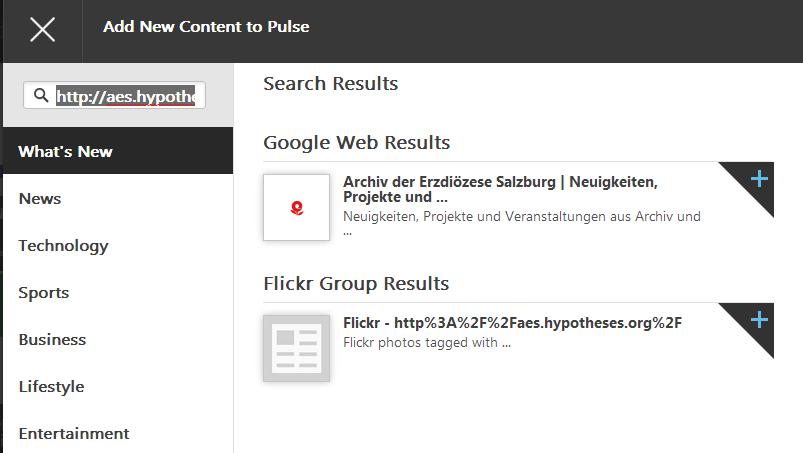 Some examples of dedicated platforms

This refers to the aggregators that display the selected feeds in a list or a category.

This presentation is the default in Google Reader and Netvibes has adopted it by proposing that subscribed Internet users update to its new interface (Wasabi).

The "smart readers" provide access to new items as soon as they appear on the monitored sites, in the same way as a mail box

How to use Netvibes ?